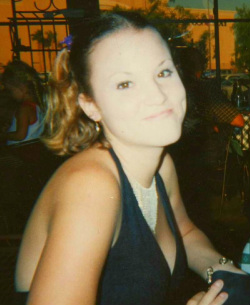 Jennifer  my step daughter (I really hate that term, step, so for my purposes she's my daughter).
Born March 10, 1986 Jennifer was diagnosed with Cystic Fibrosis at the age of 5. I first met Jennifer in 2002 when I was dating her Mom, Nancy.  Jennifer was someone that could brighten any room she was in.  She had a smile that was infectious. Though seriously ill, she almost always had a smile and a kind word for people. In the short period of time that I knew her I learned about priorities. I learned to look on the brighter side of life and not the darker side.
How someone could endure 22 years of this disease and not give up?  I have no idea.  When she passed away in 2008, I took one of her stuffed animals and attached it to my motorcycle. Every time I go on a ride she goes with me. So for Jennifer, who isn't suffering anymore, I'm dedicating this motorcycle adventure. I hope I can bring the smile she shared with me with those I meet on the road.

The Cystic Fibrosis Foundation strives hard to find a cure for this disease that effects mostly children. If you would like to donate to this great cause the link is 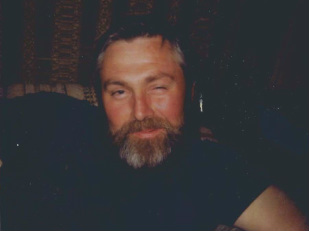 Rollin James Stubbe  1941-1986
Sometimes, you don’t realize what kind of impact a person has had on you until later in life. In retrospect, my 1st Cousin, Rollin  (Son of my Dads Brother Henry)  was one of those people.  Rollin was a adventure seeker.  In the late 50’s he had a dream. His dream was to ride horse back from Oregon to St Joseph Missouri, basically riding the Oregon Trail in reverse. For a 10-12 year old kid like myself, immersed in Daniel Boone and Davy Crockett and the Hardy Boys, I was captivated. I can still remember the letters he sent back while on his adventure.  I  can remember  hearing how,  while crossing a stream in the Cascades, his horse stumbled pinning him underneath,   causing him to almost drown.  On another occasion, someone tried to steal his saddle, he caught the guy, but he  was arrested for discharging  a firearm in city limits.
Many years later, as I was starting to create my own dream, I remembered his, and how he didn’t let the “what if’s” stop him from reaching for it. That determination and risk taking is why he is one of the people I’m dedicating  this trip to. 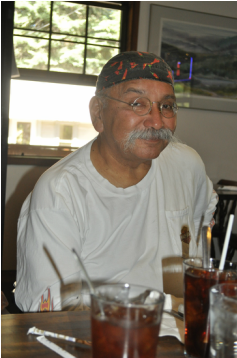 Several years back I was attending a Civil War Re-enacting Event at Calico Ghost Town near Barstow, Ca.
I met this guy and we hit it off almost immediately. Ed took me under his wing and showed me the Re-enacting ropes. Ed was my best man when I re-married in 2003 and I can say "a good friend indeed"
A more generous guy you will never meet. Ed retired in 2010 and moved to Keno Or, near Klamath Falls. There he made even more friends. Volunteering at the senior center, delivering Meals on Wheels to others that could not afford or were unable to get out.
I've ridden my bike up to Keno several time to visit and I've always been welcome in his home and every time we part, we know we are even closer than before.
On April 4th Ed suffered a minor stroke. He was released from the Hospital that Saturday and after talking to him it seemed he was on the road to recovery. This morning Apr 14th, I found out that he has a 2nd stroke and was in the hospital, where he is at the time of this posting. He's being taken to Bend Or for some more test. Though serious, his prognosis is pretty good.
I want to also Dedicate this adventure to him, and ask that you say a small prayer for him while he recuperates.
ED THIS ONES FOR YOU TO !!!